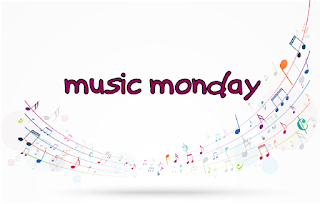 This meme is hosted over at Always Me
I don’t know about you, but I am so freaking hyped for all the glorious music coming out recently! Besides Beyoncé releasing a freaking dance album, I’ve got so much to share with you over the coming weeks!
But we’re going to start with Beyoncé. I will say that while I don’t like the entire album but the songs that I love on this album are nothing short of perfection! These two are my favorites from the album.
I honestly love that she released a fun album because I don’t know about you, but the past few years have been so hard and it’s nice to just lose yourself in the groove and escape for a little while.
I hope these songs can do that for you. Also, just a warning, these are explicit songs. If that’s not your thing, then it’s cool if you don’t want to listen.
This is my last week before I head back to school. I’m nervous because it’s the same instructor, and he’s not the best, but also glad because the chick that was driving me insane won’t be coming back! Maybe I can get my work done without wanting to bash my head into the wall.
I’ll probably be the only one wearing a mask this time, but I don’t care. I recently found some KN95 black masks, and it made me so happy. Last year, all I could find was the white and while they protected me! I’m so glad to have found them, but I only wear black and it just didn’t vibe well with my style.
I’m feeling a lot better. Still tired because my sleeping pattern is all messed up but I’m recovering from the medicine nicely. I plan to spend this week doing all the fun things I can before it’s back to school!
But that's it for this post! Which song was your favorite? Let me know below and have a great week!