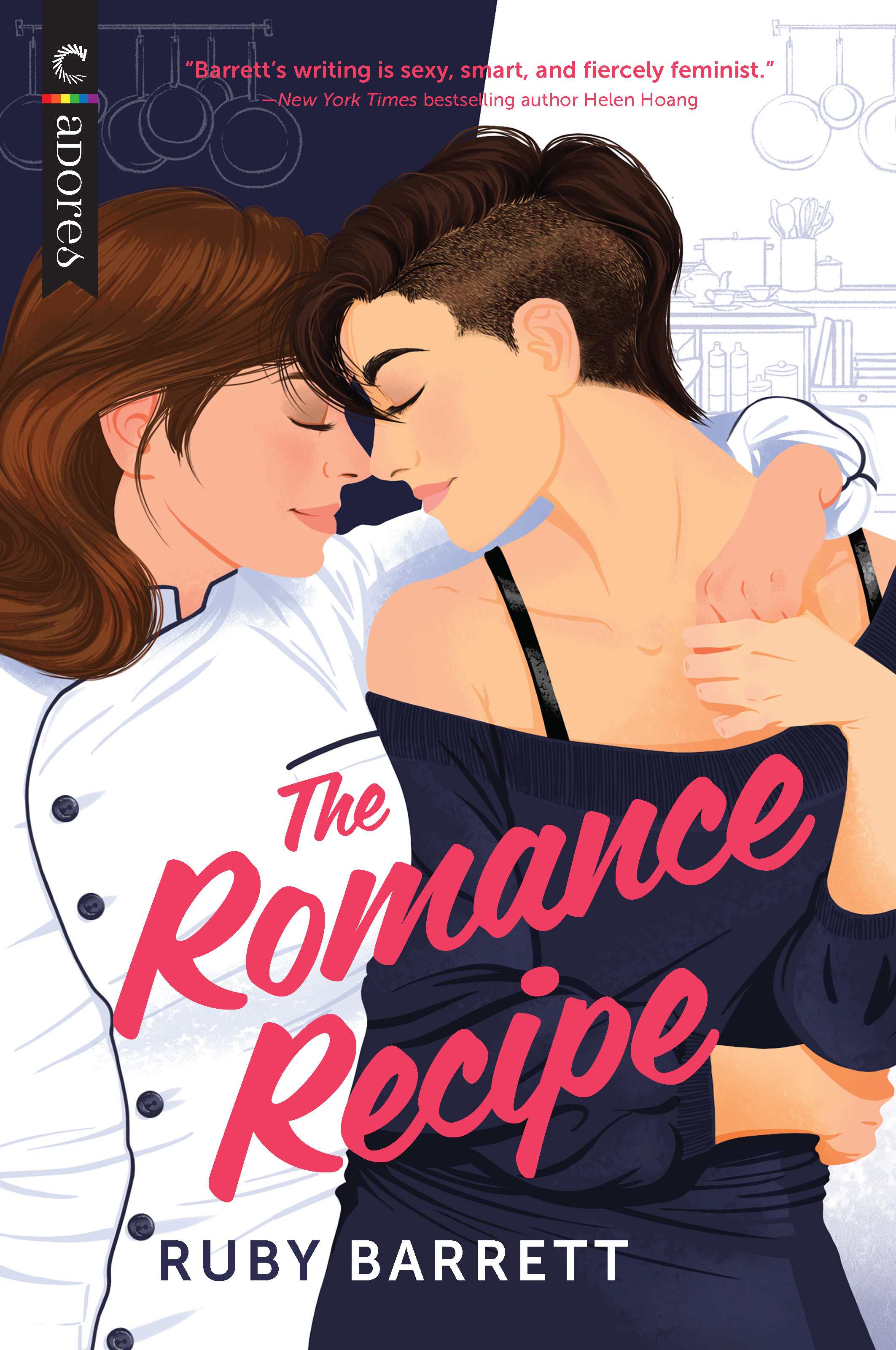 A fiery restaurant owner falls for her enigmatic head chef in this charming, emotional romance

Amy will do anything to revive her ailing restaurant, including hiring a former reality-show finalist with good connections and a lot to prove. But her hopes that Sophie’s skills and celebrity status would bring her restaurant back from the brink of failure are beginning to wane…

Sophie Brunet: grump in the kitchen/sunshine in the streets, took thirty years to figure out she was queer.

Then, an opportunity: a new foodie TV show might provide the exposure they need. An uneasy truce is fine for starters, but making their dreams come true means making some personal and painful sacrifices and soon, there’s more than just the restaurant at stake.

A romance with cooking and a reality show? Not my usual thing, but when I saw the pretty cover and discovered the romance was Sapphic, I was sold! I’ve been looking for more Sapphic romances and this sounded like one I would like.

Sophie is bi and never been with a woman and as a bi woman myself, I always love characters like this.

Which I did! I read this novel in just a few days. It’s one of those novels that I didn’t feel a rush to read, but as soon as I picked it up, I couldn’t put it down and wondered why it took me so long to pick back up.

The writing is great, and our two heroines were amazing. I loved watching them grow together and watching Sophie come into her own sexuality. I also enjoyed the pacing. It kept moving along at the perfect speed.

So why only three stars? The beginning was kind of slow for me. Took me a wee bit to get into the story and honestly, I just felt it could’ve been a bit more fleshed out, a little longer. Plus, it didn’t quite knock my socks off the way I wanted.